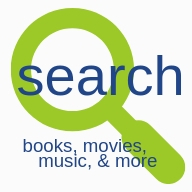 Beginning in March of 2012, in preparation for writing the library’s Long Range Plan for 2012-2015, the Ellsworth Public Library held several focus group meetings. The meetings were facilitated by John Thompson, Director of the Indianhead Federated Library System, of which the Ellsworth Public Library is a member. IFLS is a state funded organization that provides consulting and support services for 53 public libraries in a 10 county region in west central Wisconsin.

Our community stepped up to the task and shared their thoughts about our library — what we do well, what is lacking and where they would like to see their library in the future. The information garnered from those meetings has been critical in planning the future of our library. Armed with that information, our Long Range Plan was written and approved by the Ellsworth Public Library Board of Trustees.

Along with that planning document, John Thompson developed a Space Needs Report — an assessment of the current and future space needs of the library. That report was developed using comments from the focus groups as well as the Wisconsin Public Library Standards, and Public Library Space Needs: A Planning Outline. The goal of the report was to assist the Library Board and others with determining the best course of action in meeting the needs of the community and library patrons.

In August of 2012, the Ellsworth Village Board voted to approve the formation of a Building/Space Committee, charged with the job of investigating space options available to the library and the community. That committee has been exploring options since October 1, 2012.

The Long-Range plan was updated in 2017 with the continued goal to meet library space needs based on a 20% population growth. The library is currently working with Ayres Associates to see how those space needs could be addressed on the existing library building site.